7 Life Extension Technologies That Could Help You Live To 150

Billions of dollars are going into age research, and many experts believe that we’re on the cusp of beating aging. Here are 7 technologies and strategies to look out for.

Caloric restriction or dietary restriction is a diet that decreases your calorie consumption by at least 30%. People on caloric restriction eat very little food along with a regimen of vitamins to make sure they get all the nutrients they need. They say it lowers your body’s metabolism by putting your body into a fasting state.

The theory is that when your body is in a fasting state, it focuses its energy on tissue repair, which means less tissue damage and a longer lifespan.

Experiments with caloric restriction in mice showed up to a 45% increase in lifespan, and similar results were found in experiments with rhesus monkeys.

But studies have started showing similar results from intermittent fasting.

There are different types of intermittent fasting, one involves fasting every day, basically not eating until late in the afternoon. This is actually advocated by the actor Terry Crewes.

This has some noted benefits but the type of fasting that’s of interest to age research involves going for 5 days a month without eating.

Studies tend to show that this puts your body into extreme tissue repair and is even helps prevent cancer.

One of the things that causes the most metabolic wear and tear on your cells is oxidative stress.

Luckily there are antioxidants that bind to the free radicals and prevents them from damaging the cells. Just in case you ever wondered what the whole antioxidant thing was all about.

Now antioxidant supplementation has shown a lot of promise in preventing different types of cancers, but it hasn’t shown to really affect the aging process.

A lot of research in the last couple decades has focused on telomeres.

Well, scientists discovered that these telomeres get shorter every time your cell and chromosomes divide and the theory is that over time throughout your life, this leads to the chromosomes and the DNA becoming frayed, which leads to cells becoming damaged and thus, stop reproducing.

This is a point known as the Hayflick limit.

But, they discovered an enzyme that’s created in cells that reproduce often like skin cells and more so in stem cells called telomerase that actually lengthens and prevents the shortening of telomeres, meaning the cells and tissues survive much longer before hitting the Hayflick limit.

This was a big deal, and won the Nobel Prize for Physiology and Medicine in 2009.

But the drug that’s really got everyone talking these days is metformin.

Metformin is a drug that’s been used since the 1950s to treat diabetes, so it’s nothing new. But researchers started noticing something over the decades.

You really can’t talk about aging research without talking about Aubrey De Grey. He’s the founder and head scientist at the SENS Research Foundation and the SENS foundation has pinpointed 7 different categories of cellular damage that leads to aging and has set about fixing them one by one.

But of course, the ultimate option is nanobots.

Swarms of blood-cell size robots that can be programmed to repair tissues, destroy tumors, clean blockages in our arteries and physically connect neurons are the ultimate life expander. 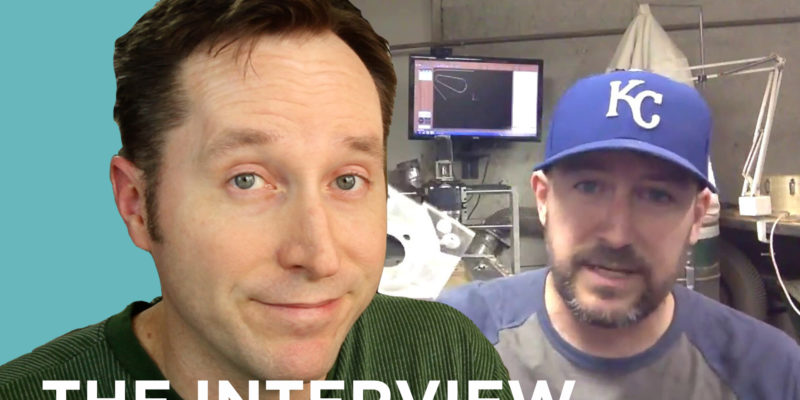 On Friday, Elon Musk spoke to the International Astronautical Conference in Adelaide Australia to update us on his plans for SpaceX. Here’s the nuts and bolts of it.

Friday, Elon took the stage at the International Astronautical Conference in Adelaide Australia and around the world, musketeers gathered around their computers to watch their favorite billionaire visionary slash chief executive stammerer talk about his new plans for Mars.

But that’s not really what they got.

Yes, Elon talked about Mars, but this wasn’t really about Mars so much as it was about the future of SpaceX.

And the first hint of the future of SpaceX is the name he used for their rocket.

Last year, the spaceship he presented was referred to as the ITS, for Interplanetary Transport System.

This was a rocket system specifically designed for voyages to Mars and beyond. This time, the letters ITS were never used. Instead, he went with BFR. For Big F*cking Rocket.

Musk’s new version of the BFR gets smaller, and far, far more versatile.

Satellite deployment, refueling, lunar landing, and shuttling astronauts to the ISS. And as this picture shows, it’s still a pretty big fucking rocket.

This is the future of SpaceX. A one-size-fits all workhorse that can perform a wide variety of functions with only slight modifications to the original design.

In fact, he said that this configuration would make everything before it obsolete, which makes me wonder what is the future of the Falcon Heavy and the Dragon 2?

This workhorse has 31 engines in the first stage as opposed to 42 in the original design. And it’s designed to carry 4400 tons of vehicle mass with 5400 tons of thrust.

He showed in a chart just how much more that is than any other rocket, including the Falcon Heavy. By a long shot.

So maybe the Heavy will just be kept around for special payloads that require it? I don’t know.

But the second stage had a few major changes, including a small delta wing with yaw and pitch controls for better control during re-entry.

He described the crewship as a combination of the Falcon 9 second stage and the Dragon capsule, but bigger.

The crew cabin is designed to carry up to 100 passengers with 40 capsules that Elon says are built for 2 to 3 people each, though you could get 5 in there if you weren’t claustrophobic.

And he says it has as much cabin space as an Airbus 380, which just for reference can carry 853 passengers fully loaded.

One thing that was new was he talked about lunar expeditions and possibly setting up a moon base, which is new for SpaceX but also in line with NASA’s plan to return to the moon.

This obviously positions SpaceX to get some government contracts for lunar missions, which could be a money maker for the BFR.

And back to Mars, he showed a visualization of how the Mars landing would work, using that delta wing shape to slow the craft down in the atmosphere before doing a propulsive landing.

Now he did say that the Mars missions would require producing fuel on Mars, which in rocketspeak is In-Situ Resource Utilization.

Elon’s new timeline put the first trips to Mars in 2022, these are unmanned missions that will carry solar-powered fuel plants to carry out all the stuff I just talked about, along with cargo and food for future missions.

In 2024, he wants to launch 4 ships to Mars, 2 crewed and 2 uncrewed, which are stocked with provisions for a long stay on Mars.

And he showed how a base would start with one landing pad, then becoming multiple landing pads, and growing out a city from there.

Elon himself called these timelines “aspirational” but did say they are already starting to build the first ship so maybe we’ll see these things sooner than we think.

But the big surprise of the night came at the end when Elon channeled his inner Steve Jobs and had one more thing. And suggested that if these rockets could send people to Mars, why not other places on Earth? And unveiled this plan.

It would ferry people to a floating launch pad and launch them to the other side of the world at 27,000 miles per hour, where it would propulsively land less than 30 minutes later.
Basically make long-distance trips as much of a time cost as commuting in bad traffic.
No Comments 5 likes
SHARE