To celebrate hitting the 5 million view mark (and because I had limited time over Thanksgiving), here’s a lightning round video! Thanks for all your questions everyone!

Get Brilliant at http://www.brilliant.org/answerswithjoe/ And the first 295 to sign up for a premium account get 20% off every month!

Earth Day was this weekend, so I thought it would be a good opportunity to look at some of the most common myths promoted by climate change skeptics and see what the science has to say about it. Links to supporting material below. 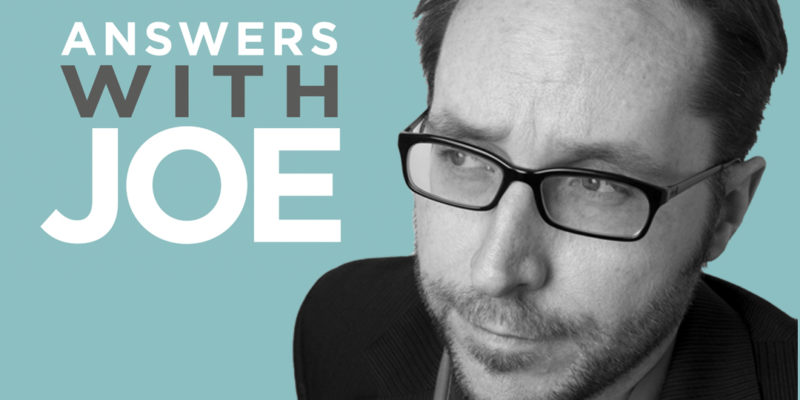 John Cook founded the website skepticalscience.com, where he has compiled a list of the most repeated climate change denial arguments and shows the science behind the myths. Along the way, he gained a PhD in Psychology and studies why people refuse to believe scientific truths.

Here, we talk about the science of climate change denial and I let him respond to some of the most common comments I’ve received about climate change.

Do You Really Need A Brain? | Random Thursday

There are cases of people who are missing 90% of their brains and yet function perfectly normally. How is this possible? Today we talk about extreme cases of hydrocephalus.

Find out if Lumerit can save you time and money for college. Get a free quote at https://lumerit.com/answerswithjoe

Through their New Shepard and New Glenn projects, they are working toward the goal of having millions of people living and working in space.

From slipping on an orange peel to using too much deodorant, these are cases of people who died from incredibly minor injuries.

Goro Ito, from Japan, Died after his pet hamster named Aiko bit him. The autopsy showed that he had died after reacting to a protein in the hamster’s saliva that brought about a case of anaphylaxis

On March 30, 1997, Vichai Thongto from Thailand was feeding the family’s four peacocks when one clawed at his head. He soon began suffering headaches and fell into a coma. A hospital scan showed a blood clot on his brain due to the peacock’s scratch. He died the next day.

Jonathan Capewell from Oldham England was obsessed with smelling fresh and would cover his entire body with deodorant at least twice a day. He died July 20th, 1998 from a heart attack after the deodorant gasses built up in his body over months of repeatedly spraying himself in his unventilated bathroom.

Tycho Brahe, a Danish nobleman and astronomer, died October 24, 1601 from bladder complications after attending a banquet where he refused to use the restroom knowing that it was impolite to leave before the meal was done. After the banquet Tycho no longer was able to urinate, and 10 days later he died. It is reported that he wrote his own epitaph, stating “He lived like a sage and died like a fool.”

Adolf Frederick, the King of Sweden, ate himself to death in 1771 after having a meal consisting of lobster, caviar, sauerkraut, cabbage soup, smoked herring, champagne, and 14 servings of his favorite dessert, Selma (Bread dipped in a bowl of hot milk) He is known by Swedish children as “The King that Ate Himself to Death”
I wonder if Tycho Brahe was at that meal because that would have taken a while…

On 24th of March 1975, Alex Mitchell passed away after watching the “Kung Fu Kapers” episode of The Goodies. Reportedly, due to the TV episode, Mitchell laughed continuously for 25 minutes, and finally fell dead on the sofa from heart failure. His widow later sent a thank you letter to The Goodies for making Mitchell’s final moments of life so pleasant.

At the top of the 5th inning, Ray “Chappie” Chapman, shortstop for the Cleveland Indians baseball team, was hit by a submarine ball thrown by Carl Mays. The Baseball hit Chapman in the temple. Chapman collapsed and died August 17, 1920, about 12 hours later. He remains the only baseball player killed by a pitched ball.

Jack Daniel, yes, THE Jack Daniel, died of blood poisoning the originated in his toe. One early morning in 1911, Jack daniel kicked his office safe in anger, because he couldn’t remember the combination to open it. That anger and a powerful kick to the safe resulted in an infection in his toe and ultimately his death. His last words were, “One last drink, please.”

Allan Pinkerton, the founder of the famous Pinkerton detective agency, died in Chicago in 1884 after he slipped on the pavement and severely bit down on his tongue. Due to the bit, his tongue became infected with gangrene, which resulted in his untimely death.

Bobby Leach was one of the greatest dare devils to ever live. He would regularly perform death defying stunts and was only the second person in history to go over the side of the Niagara Falls in a barrel. One day, however, while walking down a quiet street in New Zealand, Leach slipped on an orange peel, broke his leg, and died due to complications that he developed afterwards.

5 Ancient Inventions That Were WAY Ahead Of Their Time

From napalm flamethrowers to an analog computer, the ancient world was far more clever and technologically advanced than we think it was. Here are 5 ancient inventions that were way ahead of their time.

Augmented reality and virtual reality devices are on the cusp of explosive growth. So what’s the difference between the two, and which will make a bigger impact on our lives?