You’ve heard of Blockchain, mostly in reference to Cryptocurrencies. But the potential of blockchain goes way beyond that.

Bitcoin: A World-Changer Or Just Another Bubble?

Everywhere you look, Bitcoin is in the news.

But for a lot of people, it’s still a total mystery. Let’s take a look and talk about what it is and where it’s going.

BTW, if you want to send me some Bitcoin (some people have asked), here’s my BTC wallet: 15iFWPADUJtQBzKUWjK8qWK757oDPPkx9M 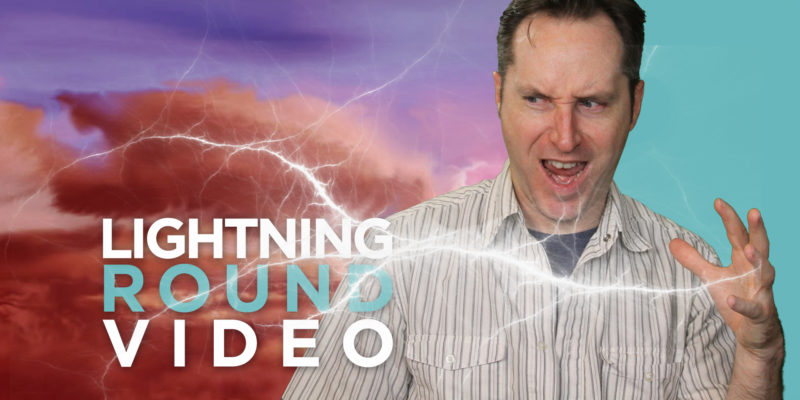 The Lightning Round Video!

To celebrate hitting 5 million views, I recently recorded a lightning round video, taking questions from all over my social media platforms. Here is what came out of it.

The Mystery Of The Oh My God Particle

From 1983 to 1991 on the Dugway Proving Ground in Utah, an experiment had been under way by the University of Utah called the Fly’s Eye Cosmic Ray Detector.

And this is how they found the Oh My God particle, but before I explain it, let me back up and talk about cosmic rays so you can fully grasp the Oh My God reaction here.

Cosmic rays are mostly made up of the nuclei of atoms, 90% of them are single protons – the nuclei of hydrogen atoms. These are much higher energy than solar radiation because unlike photons they actually have mass.

This was the first ultra-high energy cosmic ray discovered, which was shocking not just because of it had a lot of energy, but because it kind-of shouldn’t have been possible thanks to something called the GZK cutoff.

GZK stands for the scientists Kenneth Greisen, Georgie Zatsepin and Vadim Kuzmin, who set a speed limit for cosmic rays at 5 x 10 to the 19th electron volts, or 8 joules of energy. It was believed that particles couldn’t exceed this limit due to interactions with photons in the microwave background radiation.

This new class of cosmic rays became known as trans-GZK cosmic rays. They are super rare and believed to be from fairly close by in order to have that kind of speed – the less they’ve travelled, the less they would be slowed down by the CMB.

Since discovering the OMG particle, there have been a slew of new cosmic ray observatories like the Pierre Auger observatory and the Telescope Array Project, which is the successor to the fly’s eye.

There have also been efforts to focus on high-energy neutrinos with the belief that they may be created in a similar process to the high-energy cosmic rays. There’s an observatory underneath the south pole that specializes in that.