Is Universal Basic Income The Key To The Future?

With AI and automation already displacing jobs in the United States, and the problem only expected to get worse, the idea of a Universal Basic Income is being touted as a solution to save us. But is it all it’s cracked up to be? 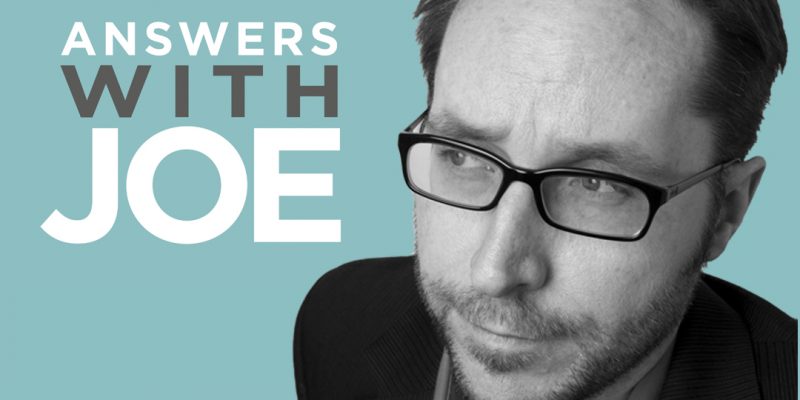 How To Survive The Future – The Answers With Joe Podcast

This is the audio version of the YouTube video, so some references may be made to something you can’t see.

Automation and artificial intelligence are already causing massive disruptions to commerce and industry all over the world. Economists warn that in the next 10 years, 30% of jobs could go away due to technological advancement. An unemployment rate that would be worse than even The Great Depression. How does society react in the face of this kind of change, and what can we do to position ourselves to be ready for the changes to come? In this audio version of my YouTube video, I discuss what I think are the best options.

The Dark Side Of The Singularity

Or… How To Not Be A Horse.
Automation and AI promise to usher in an era of amazing productivity and innovation. But they also threaten our very way of life.

For hundreds, even thousands of years, the horse was humanity’s go-to form of transportation. And in 13 years, that all changed.

Right now, we are on the cusp of a technological disruption that will make the switch from horses to cars look like switching from Coke to Pepsi.

So we talk a lot on this channel about exponential growth, artificial intelligence, the singularity, and that’s a lot of fun, but there is a dark side to all this change, one that really needs to be talked about because the way we respond to it is going to significantly alter our future as a species.

The BBC released a report just a few weeks ago that said that 30% of jobs are going to go away in the next 10 years because of automation.

In the U.S., we’ve heard a lot over the last election about the proverbial coal miners and our current president specifically campaigning to bring back coal jobs.

But coal is just one of hundreds of industries that are taking advantage of employees that can work 24/7, never need a bathroom break, never sleep, never make a mistake and work twice as fast. Oh, and you don’t have to pay them.

Factories already decimated by outsourcing are now losing even more jobs to automation. And as automation becomes more sophisticated, more industries are at risk.

The transportation sector actually makes up 25% of the jobs in the United States, if you can believe that. A full quarter of the population. And autonomous cars… They’re pretty much here, guys.

Famously, the Tesla Model 3, going into production this year, will have autonomous capability, though it may not have the software available, it will have the hardware ready for it.

But less famously, there are a lot of other car companies trying to beat Tesla to market with this. Nissan has a fully self-driving prototype in development that they took a drive in on Fully Charged and it was spooky how good it was.

Cadillac is so bullish on self-driving technology, they spent millions of dollars to create a lidar map of every highway in the United States using their own proprietary system.

This way their cars won’t just rely on sensors and GPS to find their way, the Cadillac system will contain a 3D map of everything, including the roadsigns.

Uber made over 2 billion dollars last year. Imagine how much they could make if they didn’t have to pay their drivers…

Uber has been working for years on a transportation fleet of autonomous cars, and even Ford has made some intentions known of pivoting in a similar direction.

Many are predicting that cars will go from a retail industry to a service industry, with Peter Diamandis saying that in ten years, car ownership will be an outdated idea.

The fact of the matter is, you can be for automation or against it, you can agree with its use or not, but this is happening. And we need to be ready for it.

Some people are talking about a basic minimum income, a flat amount of money that everybody in a society makes, as a safety net to keep people above water. This is an interesting idea that’s even being tested in some places.

There is a coming change on a fundamental and massive level in this world. One that is filled with amazing advancements and technological wonders. The question is, will we be able to change with it?